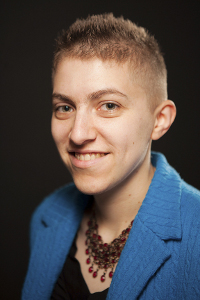 Everybody has an accent. When my family moved from New York to Eugene, Oregon when I was 8, I was mercilessly made fun of for my accent. I distinctly remember thinking, “Whatever, ‘walk’ and ‘wok’ do NOT sound the same, and either do ‘Erin’ and ‘Aaron.'”

English isn’t a phonetic language. Absolutely nobody speaks in a way that directly represents the spelling of a word. When you choose to write one person’s accent as standard English and another person’s accent as phonetically spelled dialect, even if you don’t mean to, you are saying that the first person’s way of speaking is normal, while the other’s is not.

Think about whose accents are generally written as dialect in historical romance.

Unless it’s a sexy Highlander, it’s a poor person or a non-native English speaker. And a fair percentage of those times, it’s used for comic effect.

2. Accents have nothing to do with intelligence or temperament.

Yes, in Regency England, your accent probably said something about your level of formal education, since formal education emphasized “proper” elocution and exposed you to other people who spoke in a certain way. But lacking formal education—even, dare I say it, being illiterate—doesn’t mean a person’s personality or understanding of the world is any less deep or complex.

(A small side-rant: anyone see How to Train Your Dragon? Anyone want to explain to me why the bumbling, aggressive Viking adults all had comic-opera Scottish accents while their open-minded, identifiable-with children spoke like West Coast Americans?)

There are obviously class-based cultural differences in England (and differences between England and say, Italy or France) around how emotionally open it’s okay to be, how loudly it’s acceptable to speak, how personal a remark is too personal, and so on. But writing exaggerated accents sometimes seems to lead authors into writing characters with the same blithe inability to read social cues as Alicia Silverstone in Clueless.

However, I think it would be a shame to lose the diversity and characterization that come from characters having distinct ways of speaking! So here are some ways to do that while still keeping it understated:

3. Let your point-of-view character tell the reader what kind of accent a new character has.

It’s a great way to enhance your narrator’s characterizaton—what accents do they notice, and how do they react? And it enables the reader to fill in the accent herself mentally if it adds to her reading experience.

4. Remember, there are variations in accents even among members of the same socio-economic or regional group.

Some non-native speakers lose their accents almost entirely, some speak with a thick accent after living in a new country for decades. Some New Yorkers tone down their accents when speaking to West Coasters, and some don’t think to or don’t bother.

5. People with accents speak differently depending on who they’re speaking to.

People with accents know they have accents. They also, probably, know how other people will judge them based on their accent. Most people’s accents will vary depending on the situation, how comfortable the person is, whether they’re upset, drunk, etc. Think about how differently you speak when talking to your friends, your mother, your co-workers, or a possible employer at a job interview.

Plus, people subconsciously mimic those around them. When I talk to my uncle on the phone, the long-gone traces of Brooklyn in my speech come back. They also surface when I’m being heavily sarcastic.

6. Rely on diction and grammar to convey the accent’s sound and feel. 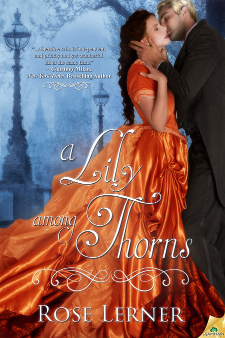 If it helps, say the character’s lines out loud to yourself, and then transcribe what you’re saying. In A Lily Among Thorns, a number of characters speak with noticeable non-Oxbridge accents. I think the most fun to write was Sophy, Serena’s second-in-command at her hotel.

Sophy comes from a working class London background but has been working at a posh job for years. I imagine she covers up her accent much more when speaking to customers, but when talking to the hero and heroine (both of whom come from upper- or upper-middle-class families) she uses more colloquial diction and grammar than they do.

In one scene, she’s talking to Solomon about Serena’s constant fight to present herself as calm and in control of her surroundings so that she can be taken seriously as a businesswoman despite her scandalous past. “It’s not something she can just open and shut like the tap in a beer keg,” Sophy says. “And it don’t exactly go with melting into some man’s arms and begging him to kiss you.” Her way of talking (hopefully) comes across and adds to her characterization without overpowering the content of her dialogue or preventing her from being taken seriously.

7. Make sure any slang or foreign words are either unnecessary to following the action, clear from context, or decipherable by the reader.

One way to do this is use words that resemble other words. When my French spy, René, says “raisonnable,” you can guess it means “reasonable.” Or another character can clarify the meaning by their response. When René says “C’est la faute de qui?” and gets the reply, “It’s my fault,” you can guess that René was asking whose fault something was.

8. Be even more understated in narration than in dialogue.

When I wrote René’s POV scenes, I toned down his French-influenced grammar and mostly cut out foreign words. First of all, in large doses it’s distracting for the reader. Secondly, I’m inside his head. When the hero or heroine is listening to him speak, his speech stands out to them as different. But his own way of speaking is invisible to himself (heck, he’s probably thinking in French anyway), so I wanted it to feel a little more fluid and “natural” to the reader.

9. Be aware of contractions, but don’t overdo it.

Contractions are a great tool for conveying accents. First of all, non-native English speakers usually use them less than native ones, and the less comfortable they are with English, the less they’ll use them.

There’s also some class differences in British English about which contractions you use, I believe: “I haven’t” vs. “I’ve not,” “she’s not” vs. “she isn’t,” etc., but I don’t really understand the subtleties. If my subconscious does it naturally while I’m writing a character’s lines, great; otherwise, I don’t bother. If any of you can explain it to me, awesome!

10. In the interests of full disclosure, there is a character in my book who talks in spelled-out dialect.

His name is Antoine, and he’s the chef at Serena’s hotel. That’s because his accent is cheesy and fake. Serena explains: “He thought it was funny to copy René’s accent and pretend he was a snooty French chef. Antoine was cook in a gin shop before this.” Antoine comments: “It is true. Hélas, it was hard to reconcile myself to working in zat sordid pit of vice after my youth among ze lavender fields of Provence.”

I went back and forth on it, but I wanted to distinguish it from the other accents in the book. I think I’m happy with the effect in the end, especially since there’s an intense moment where he drops it altogether. Hopefully I avoided this:

Do you have any rules of your own? Is there an author you think breaks these rules, and makes it work? Do you have a favorite historical romance character with a strong non-Oxbridge accent? Tell me about it!

55 thoughts on “Ten tips on writing characters with accents, by Rose Lerner”