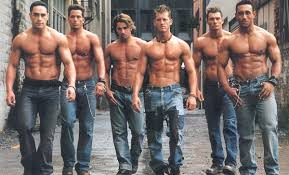 45 thoughts on “Why do all the romance heroes have six packs? – Guest post by Roni Loren”