I’ve followed Laura Kaye on Twitter for a long time, and when her first contemporary romance novel HER FORBIDDEN HERO came out I snapped it up! I loved the story of a soldier who returns from war a changed man, and the woman who helps him feel like a hero again.

Laura’s a bestselling and prolific writer, and I’m so happy to have her here today. Welcome, Laura!

Thanks! I’m really glad to be here!

1. I love hearing newish authors’ success stories. Can you tell us the story of how you got published? 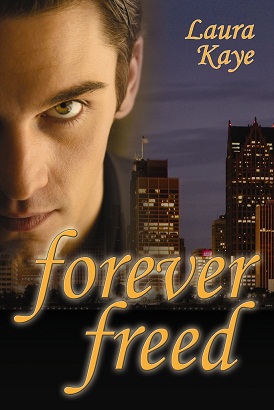 I’ve been a writer my whole life, of non-fiction, but it wasn’t until four years ago, as I healed from a head injury and felt a new creative streak, that I decided to try my hand at fiction writing. I wrote my first book in three months, but had no idea what I was doing, really.

So, it took me a year of revising, usually after a round of unsuccessful queries to agents (I would get a lot of requests, but no takers). And then I decided to query e-publishers, and the first one said yes! That’s the publication story of my vampire romance, Forever Freed.

Within two months, I’d written and sold my second book to the same publisher, my contemporary novella, Hearts in Darkness.

2. It’s incredible that you started writing because you were recovering from a head injury. Did you write to help you deal with the recovery process, or was it more a feeling that you wanted to grasp opportunities and fulfill your dreams? 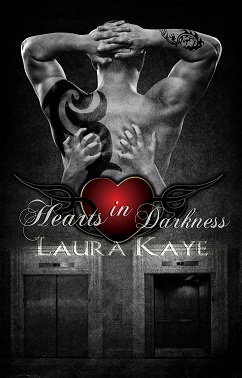 Neither, really. The neurologist described it this way: when you have a brain injury, the brain re-routes neural networks around the injured tissue, and when that happens, sometimes previously unused/underused portions of the brain are “activated,” which is why traumatic brain juries can result in personality changes, liking foods you previously hated, and new talents/interests.

That was the case with me. I had a distinct urge to be creative—I bought a guitar and started taking lessons, and I started writing. And now it’s just a part of me.

I will say, though, that I had a feeling of wanting to live life to its fullest, to do and try everything, so that was a part of it, too.

Hot, heartfelt, character-driven would apply to all – while I write in different romantic sub-genres, I believe there’s a lot that ties my writing together despite which one a particular book falls under. 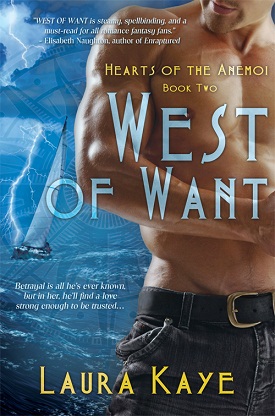 4. Your muse seems to span all of the romance genres other than historical – ironic, since you’re a historian. If you were going to write a historical, which time and place would you set it in and why?

LOL I am writing a historical – straight historical fiction, not historical romance. Actually, I’m co-authoring it, and we’re writing in my area of expertise – early America. This particular story, which I’m not quite ready to talk about yet, is set in late 18th/early 19th century America and France.

5. Her Forbidden Hero features a woman who’s been in love with her big brother’s best friend for years. When will her big brother Brady get his own story, and can you tell us anything about it?

I can! I’m writing Brady’s story right now! It’s tentatively slated for an early fall release! I’m so excited about that, too! And you’ll get more Marco and Alyssa in Brady’s book…

Laura’s giving away an ebook of Her Forbidden Hero to one lucky commenter. I’ll randomly choose a winner on Tuesday July 31st. Good luck!

Former Army Special Forces Sgt. Marco Vieri has never thought of Alyssa Scott as more than his best friend’s little sister, but her return home changes that…and challenges him to keep his war-borne demons at bay. Marco’s not the same person he was back when he protected Alyssa from her abusive father, and he’s not about to let her see the mess he’s become.

…but now she’s all grown up.

When Alyssa takes a job at the bar where Marco works, her carefree smiles wreak havoc on his resolve to bury his feelings. How can he protect her when he can’t stop thinking about her in his bed? But Alyssa’s not looking for protection—not anymore. Now that she’s back in his life, she’s determined to heal her forbidden hero, one touch at a time…

Buy it on Amazon.com

Buy it on Barnes & Noble