I’ve wanted to write a blog post with that headline for a loooong time.

Even better, my new agent (*squee!*) is someone who was on my A-list, someone I consider myself very lucky to have as a representative.

Ready for it? My new agent is…Laura Bradford of the Bradford Agency. 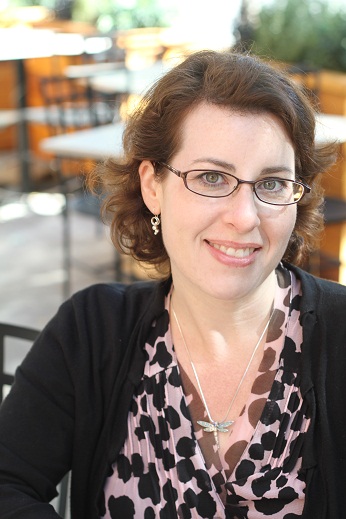 Aside from the pure joy I felt at hearing Laura talk about why she wanted to represent my work, there’s an unexpected bonus here: no more filling in spreadsheets of whom I’ve queried and submitted my manuscripts to, no more using QueryTracker and obsessing about response times and when to follow up.

And here’s how it happened…

For the last two-and-a-half years, I’ve been trying to find an agent using different methods. I queried several with my novel All Things Easy and had a pretty good success rate with agents asking to see the full manuscript. They all ended up rejecting it, mostly because it has some controversial elements in it which would make it difficult to sell. Then I started querying with First Aid for a Broken Heart and I got no love whatsoever. Crickets. I sent out different versions of my query and they all got form rejections.

In the meantime, I’ve also been entering contests and pitching to agents and editors in person and online.

And First Aid has been doing really well. Everyone I pitched to in person asked to see at least a partial, and I’ve won a couple of contests, getting requests out of them, as well. What does this tell you? My query-writing skills suck.

Two weeks ago I got the final results from the Orange County RWA’s Orange Rose contest. I was a finalist in the contest and, though I didn’t win, I was thrilled to see that Laura Bradford had been one of my final judges and she asked to read the rest of the manuscript.

About a week later, she emailed to say she really liked it and wanted to talk to me in person. Since she’s in San Diego (bonus – my home town) and I’m in the Netherlands, she said she’d call at midnight her time, 9am my time. I read this at 8am and nearly had a heart attack.

It seemed so unreal that I didn’t say anything to Smarty Pants as he got ready for work. Saying the words out loud would jinx it, right? So he was quite confused when he checked his phone after his morning class and had a text from me: “I have an agent.”

Anyway, Laura and I talked for about an hour and a half about my career goals, my writing and scrubbing toilets in Antarctica (don’t ask). The whole time I feared maybe she was sleep-deprived and really meant to call someone else, but NO – she mentioned things about MY story! She also said she’d been to a professional rugby game, which is great since my novel features a smokin’ hot rugby player.

Hopefully I’ll have more good news to share in the coming weeks, but in the meantime, I’m in the mood to celebrate.

I’m giving away a book from a fellow Bradford Agency author to one person who leaves a comment on this post. I’ll announce the winner on Tuesday November 6th, and the winner will get to choose from one of the books shown on the Our Authors page of the Bradford Agency website. So go check out the other authors.

And thank you all for your support!