Happy April, everyone! I hope the sun is shining wherever you are. Today is the first day for several days that we haven’t woken up to snow on the ground. It actually felt a little like Spring – hallelujah!

Since today’s the first Monday of the month, I’m doing my special Contemporaries to Covet giveaway. I’ll tell you which contemporary romance novels being published this month I’m most looking forward to. I want to know what you’re coveting, and I’ll choose one person to win a $10 gift certificate for herself AND for the contemporary romance author she mentions.

Giveaway details are below, but first, here’s what I can’t wait to read this month!

HE’S USED TO GETTING WHAT HE WANTS… 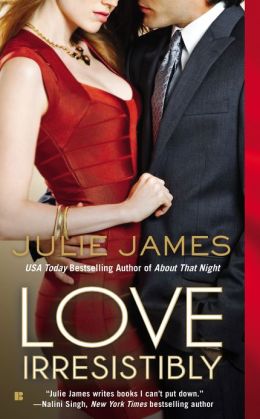 A former football star and one of Chicago’s top prosecutors, Assistant U.S. Attorney Cade Morgan will do anything to nail a corrupt state senator, which means he needs Brooke Parker’s help. As general counsel for a restaurant company, she can get a bug to the senator’s table at one of her five-star restaurants so the FBI can eavesdrop on him. All Cade has to do is convince Brooke to cooperate—and he’s not afraid to use a little charm, or the power of his office, to do just that.

AND WHAT HE WANTS IS HER.

A savvy businesswoman, Brooke knows she needs to play ball with the U.S. Attorney’s office—even if it means working with Cade. No doubt there’s a sizzling attraction beneath all their sarcastic quips, but Brooke is determined to keep things casual. Cade agrees—until a surprising turn of events throws his life into turmoil, and he realizes that he wants more than just a good time from the one woman with whom he could fall terrifyingly, irresistibly in love…

My two cents
Julie James is one of my all-time favorite romance authors. When non-romance readers ask me why I love romance, she’s one of the authors I point them to. I don’t have many auto-buy authors, but she’s certainly one of them!

END_OF_DOCUMENT_TOKEN_TO_BE_REPLACED 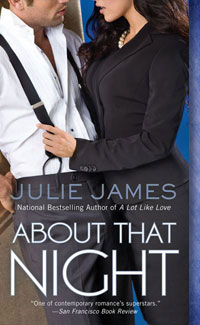 Thanks to everyone who commented on my interview with Julie James, and especially to Julie for taking the time to answer my questions.

The very lucky winner of About That Night is…ClaudiaGC!

Everyone, this week you can tell me what contemporary romance novel you’re looking forward to in April for a chance to win a book gift certificate for yourself and the author.

April is set to be an awesome month for fans of contemporary romance!

Those of you who’ve been following my blog for a while know that every month I highlight the contemporary romance releases I’m most looking forward to. Sometimes they’re books I’ve read advance copies of, sometimes they’re by authors whose novels I always love.

And to celebrate these releases, I give away a $10 gift certificate to one person who leaves a comment AND to the author she mentions in her comment. That way authors get a fun reward for writing such wonderful books. (See details below.)

This month, I haven’t had the pleasure of reading any of these books, but they’re novels I’ve looked forward to for a looong time.

Ready, freddy? Here they are!
END_OF_DOCUMENT_TOKEN_TO_BE_REPLACED 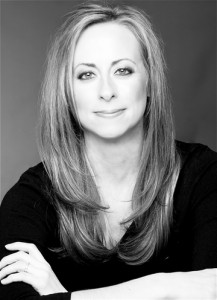 Whenever non-romance readers ask me to recommend a first romance novel for them to read, Julie James is always on the short list I give them.

Julie’s novels are smart, sexy and laugh-out-loud funny. They’re populated with clever characters I’d do just about anything to hang out with, and they have an edge of suspense that puts her characters into real danger.

I’m so excited about her upcoming release, About That Night, that I’m giving away a copy to someone who comments here (details below). And I’m thrilled to have Julie James here answering my questions today. Welcome, Julie!

1. Your fans will know Kyle—the hero of About That Night—as the somewhat hapless techie brother who brought down Twitter in A Lot Like Love. How do you turn him into a hero who’s as sexy as your rugged FBI heroes?

LOL, I don’t know that I would describe Kyle as “hapless.” Yes, when we first met him in A Lot Like Love, he was in federal prison for shutting down Twitter (after his supermodel ex-girlfriend broke up with him via a tweet), but he admitted that he screwed up.

He was mad, and half-drunk on single-malt Scotch, and as a network security specialist he had the skills to hack into Twitter (a very dangerous combo). But that’s why he pled guilty—to own up to his mistakes. And About That Night centers around him trying to redeem himself and get his life back together.

What I like about Kyle is that he has lots of things going for him: he’s a billionaire heir, worked as a Vice President in his father’s company, is drop-dead hot—yet he doesn’t rely on any of those things. He’s very driven, and determined to be successful in his own right, and—as I think readers will see—is a genuinely good guy. Despite having worn an orange prison jumpsuit for four months. : )

2. Your book covers for your FBI/U.S. Attorney series are stunning, and very evocative of the sizzling chemistry in your stories. Do you have a favorite cover?

END_OF_DOCUMENT_TOKEN_TO_BE_REPLACED

It makes sense, right? Those of us who love contemporary romance fall for books set in a particular town or city that feels as fleshed out as the hero and heroine. A place we’d love to visit, move to, or just immerse ourselves in for a few hours.

But community shouldn’t be confused with setting. It’s more than that.

It’s characters—oddballs who make a town unique and help the hero and heroine when they need it most; fast-talking city folks who are so savvy they make a reader jealous; and families who can overwhelm the most patient person but pull together when it’s most needed. It’s colleagues who challenge and sharpen you, while also making you howl with laughter, like in Louisa Edwards’s Recipe for Love series.

But community shouldn’t be confused with character development. It’s more than that.