Friday was a day of BIG EXCITEMENT around Latham HQ (aka my couch). I got a phone call from HelenKay Dimon — one of my favorite authors — saying that I’m not only a finalist for a RITA award but that I’m a DOUBLE finalist!

One Night with Her Bachelor and Three Nights Before Christmas are both finalists in the Short Contemporary Romance category. And the best news of all is that the ceremony will be at the Romance Writers of America conference in San Diego, my hometown!

My in-laws spent this weekend with us, and when I got the call everyone in the house was busy except my almost-three-year-old daughter, Doodle Bug. I sneaked away to answer the phone away from the busyness in my living room, but Doodle Bug sought me out and crawled onto my lap as I talked (okay, babbled and cried) to HelenKay. When I hung up, Doodle said, “What you talking ’bout, Mama?”

I knew she wouldn’t understand words like finalist or contest, and she doesn’t know that I write books (she just knows that I work on the computer), so I told her, “The person on the phone called to tell me that people like the work I do.”

She threw her little arms around my neck and yelled, “Oh, Mama!” as she gave me a huge hug. It was the most amazing feeling I can imagine.

Smarty Pants went out and bought champagne, and I spent the rest of the weekend exhausted from the excitement (damn you, anemia). I actually meant to publish this blog post on Friday, but it took me four days to write it because I can only concentrate on a few sentences at a time.

Anyway, here’s more about the books that are finalists.

One Night with Her Bachelor 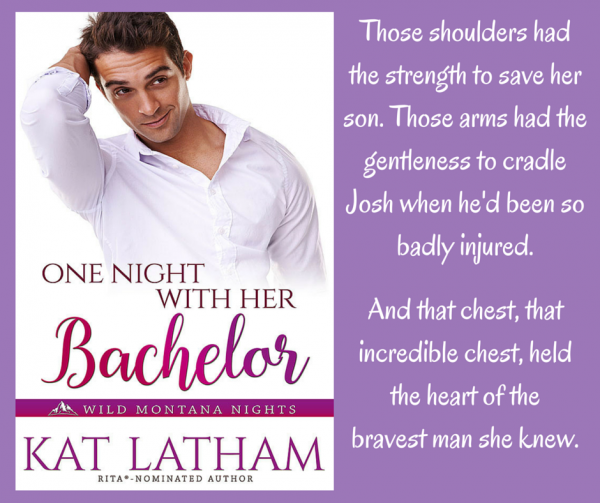 Bid on a date with this wounded warrior for an unforgettable night of adventure. Aim high—and bid higher!—because no one comes close to local hero Gabriel Morales.

Molly Dekker hates being the town charity case, but when her son Josh is seriously injured she has no choice. She lets her best friend organize a bachelor auction to help pay her massive bills and make Josh’s life more comfortable. She can’t bid on any of the men, but a surprise bidder gives her a gift she never expected: a date with the man who saved her son’s life—the only one she’s in danger of losing her heart to.

Former Air Force pararescueman Gabriel Morales made a career of flying to the rescue, until a tragic helicopter crash stole more than his livelihood. Being auctioned off like a slab of beef isn’t in his recovery plan. But one look, one touch and one night unlocking Molly’s pent-up passion make him realize how badly he needs to be rescued…and how badly he wants to rescue Molly right back.

Will Molly and Gabriel’s never-quit attitude have them rushing head-first into love? Or will Gabriel’s secret pain stall their relationship before it can get off the ground? 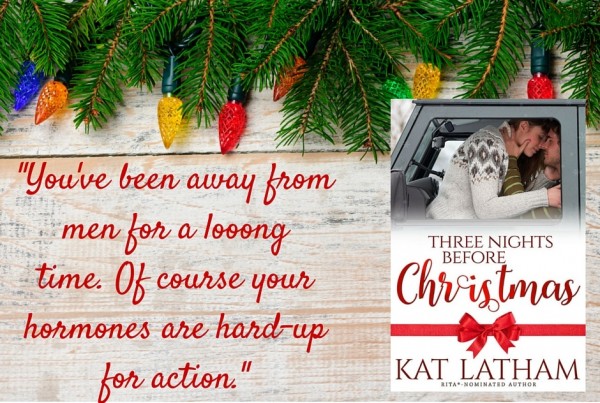 Have yourself a steamy little Christmas…

After three years in prison, freight train engineer Lacey Gallagher doesn’t expect this Christmas to be very merry and bright. At least chopping down trees for her brother’s Christmas tree farm will help her save money to get her life back on track. All her plans derail, though, when her new job puts her in territory patrolled by the man who haunts her dreams—the forest ranger who sent her to prison.

Austin Wilder isn’t thrilled about Lacey working in his forest—but he soon realizes he needs her help. His family is depending on him to restore an old steam train for a spectacular Christmas event, and train expert Lacey is his only hope of finishing in time.

Working together challenges every assumption Lacey and Austin have about each other, and they discover a desire hot enough to melt even the deepest Montana snow. But will the season of second chances be enough to mend the most hardened broken heart?

The other books in my category are:

I bought all the books in my category and will be reading them whenever I have the energy to read (damn you again, anemia). You can see the full list of RITA nominees here. I was thrilled to see several of my friends on the list (including HelenKay herself! Okay, I’ll stop gushing now.) and can’t wait to celebrate with them in San Diego. Have you read any of the nominated books in any of the categories? What did you think?