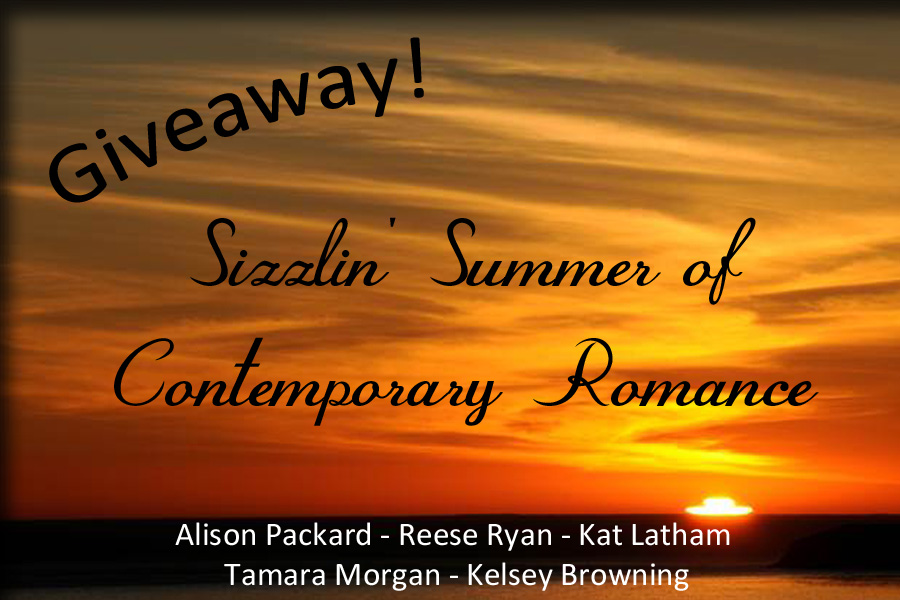 Summertime…and the winnin’ is easy!

I’m back! And I’m getting really excited about the release of my debut novel, Knowing the Score – I hope you are, too!

I’m going to reveal the cover on Wednesday (it’s awesome, you guys. I LOVE it!), and throughout July I’ll be giving you opportunities to win an early copy of it, here on my blog and on some other blogs, too.

Several of my friends from Carina Press have contemporary romances coming out this summer, so we’re banding together and giving away our books on each other’s sites in July and August.

You can see details of all of the books and authors below. Make sure you follow all of us on Twitter and Facebook so you’ll hear about it when we each launch our giveaways.

We hope this is the start of a passion-filled summer for you!

The Winning Season by Alison Packard 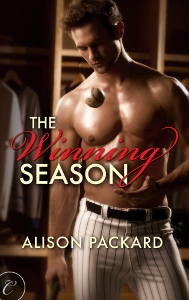 Kelly Maxwell has finally landed her dream job, publicist for the San Francisco Blaze. But the team’s newest member, handsome bad boy catcher Matt Scanlon, is refusing every interview. She’s got to get him to open up before the season ends, or she may not be back next year. And after everything she overcame to achieve her dream, Kelly’s not about to let that happen.

Matt Scanlon just wants to be left alone to rebuild his life and his career. After a year of masking the pain of a recent loss with hard partying and fast women, he finally hit rock bottom and was traded to a team he’s loathed his entire life—a team with little or no chance at the post-season.

Butting heads is getting Kelly and Matt nowhere but annoyed, and with the team’s schedule on the road, they can’t avoid close quarters—or their surprising attraction to one another. As the season winds down, Matt finds his growing feelings for Kelly have brought his numbed emotions back to life. But when betrayal shatters their fragile trust, winning it all seems more impossible than ever. Melanie Gordon has spent the past five years obsessing over her career to dull the pain of a devastating breakup and the loss of her father. Her effort pays off when she receives the promotion that could be her big break. Only it means returning to her hometown to face her past while leaving behind the man who could be her future.

Selfless (and insanely sexy) philanthropist, Raine Mason, is committed to his cause. But his passion for rescuing high-risk young males from the road to disaster is fueled by his own dark and tragic past.

When Raine is ready to take his casual friendship with Melanie to sizzling new heights, her one-way ticket to Cleveland is already booked. A steamy night of passion leaves them both wanting more. But just when she thinks she is finally ready to give her heart to him she discovers startling news that causes her to question everything she knows about him. Worse, he is harboring a dark secret that threatens to shatter any hope of a future for them unless he can convince her that their love is worth the risk.

Book one of the Texas Nights series 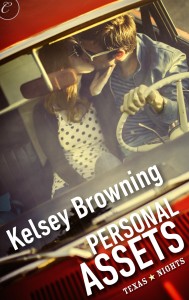 Sex therapist Allie Shelby has the professional credentials, but she could use a bit more practical experience. Finding the right man to bring out her inner bad girl is tough in a population-challenged Texas town. So when sinfully sexy Cameron Wright rolls back into Shelbyville, Allie wastes no time inviting him to join her in some hands-on research.

Cameron has come home to fulfill his dream of restoring classic cars. Back in high school, he knew the town princess, Allie Shelby, was way out of his league. Today he has even less in common with Allie, so he’s shocked as hell when she propositions him. Still, he’s only human, so he accepts her offer—and with each encounter, she shows him another, wilder side. Before long, he’s thinking about more than just sex.

But while her personal life heats up, Allie’s business is about to crash and burn. And she has to convince Cameron that she’s one princess who’s not looking for a prince to ride to her rescue.

The Derby Girl by Tamara Morgan

Book Two of the Getting Physical Series 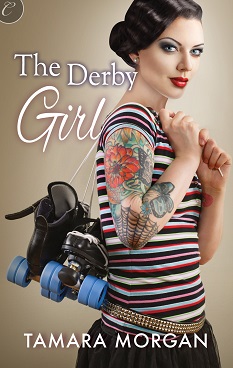 Roller derby girl Gretchen “Honey Badger” Badgerton lives in the moment, no apologies. Like every woman in Pleasant Park with a pulse, she finds Dr. Jared Fine irresistible, but she’s taken by surprise when her unattainable new neighbor asks her out.

On paper, Jared is the perfect man: gorgeous, wealthy and charitable. But his golden image is just that, and opening an upstate practice is a welcome chance to start a new life. When Gretchen stops to help him with a flat tire, he’s intrigued by her feisty attitude—and her sexy body art. There’s something refreshing about being with a take-charge woman who doesn’t expect him to be anything but himself.

Though Gretchen is hesitant to shatter Jared’s “bad girl” illusion of her, she has to face facts: she’s fallen for the good doctor. She’s used to putting everyone else’s needs before hers, but as their relationship heats up, can she handle having someone take care of her for a change?

These giveaways will take place from July 16-September 8, and I’ll also be giving away copies of Knowing the Score here on my blog every Monday in July. Let’s all have a sizzlin’ summer (even if you live somewhere like the Netherlands, where the temperature hasn’t really topped 65 degrees).

17 thoughts on “Want to win Knowing the Score? Check out the Sizzlin’ Summer of Contemporary Romance giveaways!”