Welcome to my RITA® award celebration! Hosted by the Romance Writers of America®, the RITAs celebrate outstanding romance novels and novellas. I’m so thrilled to be a finalist in the Romance Novella category, and I’ve asked my fellow RITA® finalists to come tell you more about themselves and their books. I hope you meet some new favorite authors! 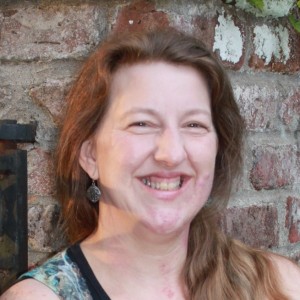 A Midwestern farm girl transplanted more than 20 years ago to Charleston, South Carolina, then lately to North Dakota, Shannon McNear loves losing herself in local history, especially the colonial era. She’s currently a homeschooling mother, military wife, and a member of ACFW and RWA.

When not sewing, researching, or leaking story from her fingertips, she finds joy in worship, women’s ministry, and encouraging whoever God brings across her path.

1. Which of your books has been nominated for a RITA, and in what category?
Defending Truth in A Pioneer Christmas Collection, novella

2. How do your hero and heroine meet, and what are their first impressions of each other?
While out hunting, Truth Bledsoe happens upon a half-starved fugitive Tory. She can’t decide whether to shoot him or feed him—but pity and curiosity win out. Micah Elliot is grateful she didn’t actually shoot, and for a few mouthfuls of food, but he’s wary enough to not give her his real name.

3. What are their best and worst characteristics?
Truth is strong, resourceful, independent—which make her capable of caring for herself and younger siblings in her father’s absence, but she’s also reluctant to ask for help when she does need it. She’s also moved by compassion for Micah’s plight, but later she views this as weakness when she should (she thinks) stand firmly on her principles. Her worst characteristic, as she realizes later, is self-righteousness.

Micah has great protective instincts, and a strong sense of loyalty. He’s a little slow to commit to things, which in some situations might translate as cowardice, but he’s learning to navigate a newfound caution, born of his recent experiences.

4. Where is this book set, and what makes the setting special?
Near the “overmountain” settlements in historic western North Carolina, which is present-day east Tennessee. During the American Revolution, it was officially illegal for white settlers to live there.

5. Is this the first time you’ve been a RITA finalist? If not, what books have previously finaled?
Yes! And with this being my first contracted story, it’s extra special to me. 🙂

6. Have you read any of the other books that are finalists in your category? If so, which ones?
I haven’t, sorry!

7. What was the first thing you did when you found out you were a RITA finalist?
I don’t know, I might have cried? It took a while for it to really sink in. 🙂 I just kept saying “Omigosh!” during the actual call, then after I hung I up, I said to my husband, “I just finaled in the RITA!” and fell across the bed in shock. 🙂 The squeeing came later when one of my writing friends called to congratulate me!

8. Do you write in genres other than the one you finaled in? If not, are there any genres you would love to write in?
I have several fantasy manuscripts (my first love, LOL), but I’ve also written a long contemporary and a long historical.

9. If you win the RITA, who’s the first person you’ll thank in your speech, and why?
Oh man, I don’t know … it sounds cheesy to say, but probably God, because this contract (and the story!) were such an amazing gift. 🙂 The first after Him would be my longtime friend and critique partner, Beth Goddard, since she was the one who tossed the writing opp my way and encouraged/coached/cheered me on at every step.

What’s the most beautiful place you’ve ever been?
I have to pick one?? I love Charleston SC, but the mountains of NC are also gorgeous. Central Missouri. Umm…and our new home in North Dakota has gone a long way toward seriously winning me over. The northern prairies are beautiful!

If you were stuck on a desert island, what ONE book would you want with you?
The Bible is kind of a no-brainer. After that, C.S. Lewis’ Space Trilogy, in one volume. Or Lord of the Rings.

If you weren’t an author, what would be your dream career?
Custom sewing–picky, detailed stuff like wedding dresses and historic costuming.

What kind of dessert are you hoping they’ll serve at the award ceremony?
Cheesecake or something with very dark chocolate!

What’s the best compliment a reader could give you?
“I laughed, I cried, it moved me, Bob.” 🙂 Seriously, that it affected them emotionally, gave them hope in some way.

How would you describe your books?
Intense, a little broody, with flashes of light. 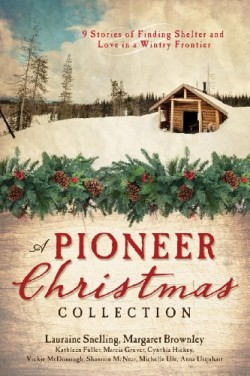 Left to care for her siblings at their mountain farm while her father fights the British in the East, Truth Bledsoe tries to remain brave when she finds an emaciated Tory hiding in a cave. Can Micah Elliot convince her that his political leanings have changed and that he can be trusted when her family is put in serious danger?

Enter using the Rafflecopter form below. Winner will be announced on Monday July 21. Make sure you come back tomorrow for another interview and another chance to win!

Hey, friends! I hope those of you in the U.S. had a lovely Fourth of July weekend. It’s one of my favorite holidays. Since my husband’s British, it’s the one day of the year I can brag about beating him at something. 😉

This is a HUGELY exciting month for me – and I hope for you, too! On July 21 I’m revealing the cover of Tempting the Player, then later this month I’m going to the Romance Writers of America conference in San Antonio, where I’ll be taking part in my first book signing event. I hope I meet lots of you there!

But before all that happens, I’m featuring some of my favorite authors on this site – and they’re giving you a chance to win their RITA-nominated novellas. Whoop whoop!

If you visited my blog in March, you might remember me screaming for joy when I found out I’m a finalist for a Romance Writers of America® RITA® Award. My Christmas novella, Mine Under the Mistletoe, is a finalist in the Romance Novella category. For the next two weeks, my fellow finalists will be stopping by to answer my nosy questions and giving you a chance to win their novellas.

The giveaway starts today. You can enter using the Rafflecopter form below. But first, a quick intro to the novellas you could win!

The Bridesmaid by Julia London
Defending Truth by Shannon McNear (win the anthology A Pioneer Christmas)
How to Marry a Highlander by Katharine Ashe
How to Misbehave by Ruthie Knox
Imagine Me and You by Maisey Yates
Mine Under the Mistletoe by Kat Latham (win the anthology All I’m Asking For)
Take Me, Cowboy by Jane Porter
Take What You Want by Jeanette Grey
Too Fast to Fall by Victoria Dahl in Be Mine