A hero who doubts his ability to be heroic, and a heroine from one of the underworld’s murkiest families discover they would sacrifice anything for each other. 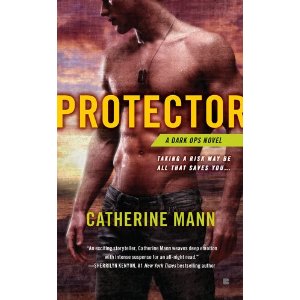 Air Force Captain Chuck Tanaka barely survived horrific torture after being captured during a secret mission. His body has mostly healed, but his confidence in himself hasn’t. He believes his instincts and nerves are shot, so he tells himself he’s satisfied spending the rest of his career riding a desk and testing the technology that will keep other missions from going FUBAR.

But his commanding officer has other plans, and he convinces Chuck that he’s the only man who can pull this one off. He needs Chuck to go undercover on a cruise ship owned by mobster. They have credible reports that the ship is being used as a cover for a terrorist cell, so Chuck poses as blackjack dealer named Charles Tomas.

The operation seems fine until the mobster’s daughter, Jolynn Taylor, joins the ship. Suddenly Chuck finds himself intensely attracted to the woman whose father he’s working to bring down, the woman who may have the information he needs to complete the most important investigation of his life.

Protector is the second Catherine Mann novel I’ve read, and I’m totally infatuated with her gutsy heroines and high-octane heroes. Especially her heroes (good grief, check out that cover! :)). She writes characters who manage to be strong and vulnerable at the same time, always a combustible combination when they’re forced into life-threatening situations together.

I loved, for example, this exchange in a safe house after Jolynn discovers the cute blackjack dealer Charles Tomas is actually a lethal military man who may have been flirting with her to get information about her father.

Suggesting the shower, he’d imagined her returning enveloped in a voluminous terry cloth robe, her allure masked by yards of thick cotton to her ankles. Instead, the hem of her silky robe stopped midthigh, leaving a long expanse of leg bare. Her hair hung in a wet spiraling mass just past her shoulders. Water dulled the vibrant red to a deep crimson.

Jolynn, decked out in all her bold colors, clunky jewelry, and alluring body, was temptation enough. Jolynn, with her face scrubbed free and her toes curled against the hardwood floor, made the other vision pale to insignificance.

“Do you need me to brush your hair?” What the fuck? He hadn’t meant to say that out loud. “Your side must make it tough to reach.”

“I’d rather wake up with a tangled rat’s nest. Thank you all the same, Tomas-Tanaka.”

The chemistry between Jolynn and Chuck sizzles, and I had a tough time putting Protector down.

Have you read any of Catherine Mann’s novels? What did you think?

(Comment by March 13th to be entered in my $25 gift certificate giveaway.)