Wow! There are craploads of Tiffany Reisz fans out there!

Thanks to everyone who commented on my interview with Tiffany, and to Tiffany herself for the awesome giveaway.

Here’s a reminder of the two books she’s giving to one lucky reader. 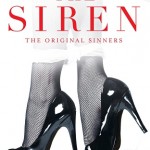 The Siren is a modern-day retelling of My Fair Lady with uptight English literary fiction editor Zachary Easton as an unwilling Professor Higgins and well-known wild child Nora Sutherlin as his erotica-writing Eliza Doolittle.

Zach only has six weeks left at Royal House New York before he heads to Los Angeles to take over as Chief Managing Editor at Royal West. When his boss orders him to help Nora Sutherlin rewrite her latest novel, Zach agrees to work with her only if he is given complete control over the fate of her book. If Nora doesn’t rewrite it to his satisfaction in six weeks, Royal won’t publish it.

No safe word can protect the heart… 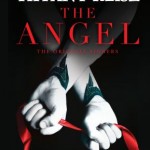 Her host, the wealthy and uninhibited Griffin Fiske, is thrilled to have Nora stay at his country estate, especially once he meets her traveling companion. Young, inexperienced and angelically beautiful, Michael has become Nora’s protégé, and this summer with Griffin is going to be his training, where the hazing never ends.

But while her flesh is willing, Nora’s mind is wandering. To thoughts of Søren, her master, under investigation by a journalist with an ax to grind. And to another man from Nora’s past, whose hold on her is less bruising, but whose secrets are no less painful. It’s a summer that will prove the old adage: love hurts.

And the winner is…Mrs Murphy!

Everyone, make sure you come back on Monday for my monthly Contemporaries to Covet giveaway. Hope you’re all having a great week!

2 thoughts on “Winner of the Tiffany Reisz giveaway!”