On Sunday I went to see Snow White and the Huntsman with a couple of my girlfriends.

In case you’re not familiar with it, here’s the trailer. (Warning: it’s a bit scary.)

I have to say, I didn’t really like it much. The special effects and costumes are amazing, but I felt like far more attention went toward those than toward developing the characters or the story. The middle of the movie lagged while Snow White and the huntsman wander through the magical land meeting characters who do nothing to advance the plot. 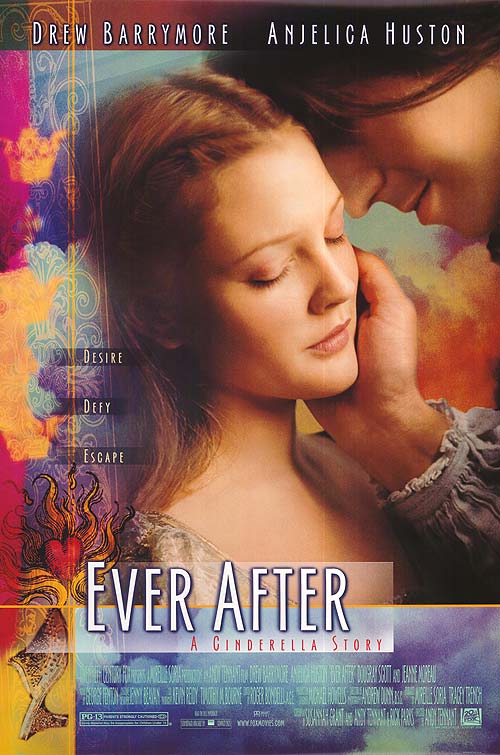 In fact, throughout the film I found myself thinking about my favorite fairy-tale movie adaptation: Ever After, which stars Drew Barrymore as Cinderella.

I love it because it’s a clever twist on the classic tale. The heroine is smart, funny and resourceful. She not only solves many of her own problems but manages to rescue the hero at least once.

Did I mention it also stars Dougray Scott? Mmm…

Anyway, I love Ever After for the same reason I love good romance novels. The movie is light and fun, the story outshines the special effects, and I can relate to the characters – so much that if I could live in a fairy tale I would choose the Cinderella story as told in Ever After.

2 thoughts on “Which fairy tale heroine would you love to be?”