When I was at RWA’s National Conference in Anaheim, a lot of very generous authors gave me books to give away.

A LOT of generous authors.

So for the next few months – or until Smarty Pants sees our postage bill – I’m going to be giving away books to some of my favorite people: my blog subscribers and Facebook friends.

Between today (August 13th, 2012) and August 31, 2012, leave a comment on any post on my blog for a chance to win three books. You don’t have to limit yourself to the posts that are published in that time period – you can comment on earlier posts.

I’ll randomly select ONE winner to get ALL THREE books. You must be a subscriber to my blog in order to win. See that email form on the right side? Go forth and subscribe.

Here are the three books you could win in August. Can you guess the theme for this month? 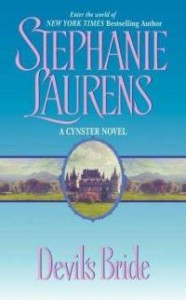 When Devil, the most infamous member of the Cynster family, is caught in a compromising position with plucky governess Honoria Wetherby, he astonishes the entire ton by offering his hand in marriage. No one had dreamed this scandalous rake would so tamely take a bride. As society’s mamas swooned at the loss of England’s most eligible bachelor, Devil’s infamous Cynster cousins began to place wagers on the wedding date.

But Honoria wasn’t about to bend to society’s demands and marry a man just because they’d been found together unchaperoned. No. She craved adventure. Solving the murder of a young Cynster cousin fit the bill for a while, but once the crime was solved, Honoria was set on seeing the world. But the scalding heat of her unsated desire for Devil soon had Honoria craving a very different sort of excitement. Could her passion for Devil cause her to embrace the enchanting peril of a lifelong adventure of the heart?

Revenge should be sweet, but it may cost him everything…

The Marquis de Valère escaped certain death in the French Revolution and is now an infamous privateer. Out to avenge the death of his mentor, Bastien discovers himself astonishingly out of his depth when confronted with a beautiful, daring young woman who is out for his blood…

Forgiveness is unthinkable, but it may be her only hope…

British Admiral’s daughter Raeven Russell believes Bastien responsible for her fiancé’s death. But once the fiery beauty crosses swords with Bastien, she’s not so sure she really wants him to change his wicked ways… 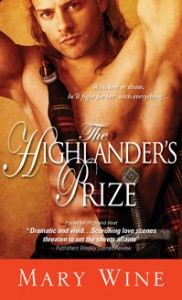 The Highlander’s Prize by Mary Wine

Sent to Scotland to be the king’s mistress and produce an heir, Clarrisa of York has never needed a miracle more. But the brusque Highland laird who kidnaps her is a bit too rough to be considered divine intervention.

HE’LL DO ANYTHING TO THWART HIS KING

With rival lairds determined to steal Clarrisa from him and royal henchmen searching for her allover the Highlands, Laird Broen MacNicols has a mess on his hands. Worse yet, there’s a magnetic attraction berween them, although he’s betrothed to another. But even an independent–minded lady like Clarrisa knows that a Highlander always claims his prize…

You have to answer a simple question. Even better – there’s no right answer. You will have to “Like” my Facebook page before you can vote, and you’ll have to enter your email address in a popup after voting because otherwise I won’t know you voted.

I’ll randomly select one person to win both books. 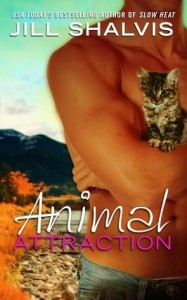 Jade Bennett couldn’t be happier to escape her past for the quiet ranching town of Sunshine, Idaho. Plus, there’s nothing like working for veterinarian Dell Connelly. And though Dell has no intention of settling down, Jade’s strength and sass are enticements no red-blooded male can resist.

Faith Aldridge wants answers. Bramble, Texas is the only place she can find them . . . as well as Hope, the identical twin sister she never knew she had. But the townsfolk reckon that shy city-girl Faith is really her long-lost sister Hope, back in Bramble at last. And they’re fixin’ to do whatever it takes to heat things up between her and Hope’s long-time flame, Slate Calhoun. 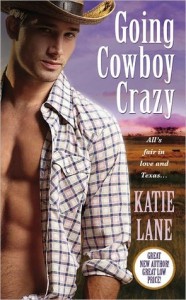 If that means rustling her car, spreading rumors like wildfire, and reining in some explosive secrets, well, there’s no way like the Lone Star way . . .

But Slate’s no fool. The woman in his truck may look like Hope, yet the way she feels in his arms is altogether new. He’s determined to keep this twin in his bed and out of his heart.

Trouble is, the real Hope is headed home, and she’s got her own designs on Slate. If Faith wants to avoid heartbreak, she’ll have to show a certain ruggedly handsome cowboy that this crazy-impossible love is worth fighting for.

These giveaways are open internationally.

Enjoy! I look forward to getting to know you all better on this blog and Facebook. And a huge thank-you to the authors giving away books at RWA2012!