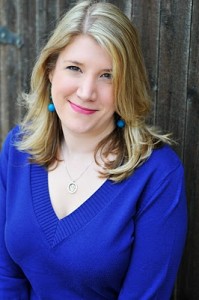 Her second novel, Melt Into You just came out, and I’m thrilled that Roni’s here today to answer my nosy questions! She’s also giving away a copy of her e-novella, Still Into You, to a lucky commenter. (See below for giveaway details.) 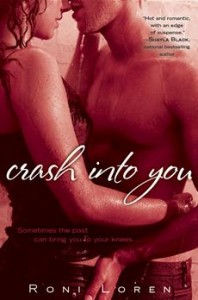 Thanks so much, Kat. That compliment makes me really happy because that’s exactly what I’m trying to write–stories that have just as much thought, emotion, and well-formed characters as other books but with a big helping of sexy times too. : )

2. One of the things I love about your stories is that your characters are very well developed and feel authentically human. Do you know your characters pretty well before you start writing, or do you discover them as you write and rewrite?

Thanks. 🙂 It’s a little of both. I’m definitely a character-driven writer so I need to know their backstories/wounds before I start. I know much more about the characters than the plot when I first start writing a draft. They feel like real people in my head. But even so, I always discover new things about them as a write, which is fun.

I’m so glad you gave it a shot. 🙂 And there is a WIDE variety out there, so if you pick up one on the more extreme end, it may scare you off, lol. The authors that I love that are also good for readers new to the genre are Maya Banks (her Sweet series from Berkley Heat), Lauren Dane (Brown Siblings series), Lorelei James (cowboys romances), Shayla Black (Wicked Lovers series), and Eden Bradley/Eve Berlin. Also, if someone prefers more literary style (and first person POV), Megan Hart is fantastic.

4. You had a really interesting career before you became a writer. Can you tell us a little about it and how it influences your stories? 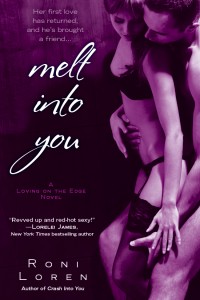 My first career was as a social worker. I worked in a mental health hospital for a while, providing therapy to children. Then I worked as a adoption coordinator where I went around Texas meeting with pregnant moms who wanted to make an adoption plan and then facilitated those adoptions.

Both positions taught me a lot and definitely inform my writing. I learned a lot about human emotion, family relations, how people become who they are, etc. I guess what it made me realize is that everyone has a story and is not what they appear to be at first glance. So that’s how I look at my characters. I want to dig up what’s beneath that surface layer.

: ) The most popular Boyfriend of the Week in recent months has been Vin Diesel and Channing Tatum. And my Boyfriend of Forever will always be my hubby. I like to look at pretty pictures of celebrities for fun, but I’ve got my own romance hero at home to keep me happy. 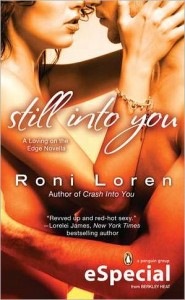 STILL INTO YOU
Three days, no rings…

Seth and Leila used to have trouble keeping their hands off each other. Passion, desire, love—it was all there. Yet, eight years after their whirlwind marriage and kids, they’ve settled into a life where choosing Letterman over Leno is considered a wild night.

Seth knows things need to change. But when he hears his wife call into a relationship radio show and admit she’s been tempted to cheat, he realizes how far off course they’ve gotten. He comes up with a dramatic plan. Three days. No rings. He’ll take Leila to The Ranch, a resort where any sexual fantasy can be had, and give her the freedom to have whatever or whomever she wants.

However, Seth doesn’t intend to simply stand by and watch other men fulfill Leila’s dark desires. He has a lot more bad boy in him than his wife suspects and he knows there’s only one man who can give her what she needs. Now he has to show her why that man is him.

Buy it at: Amazon | Barnes & Noble